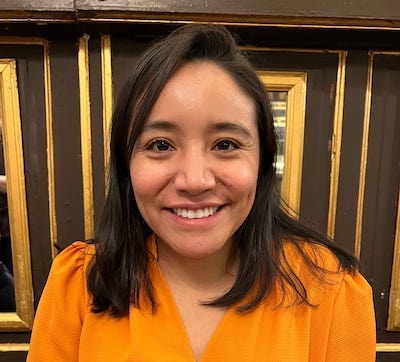 Microlending, where a bank lends to a small group of people without credit histories, began with the Grameen Bank in Bangladesh, and is widely seen as the creation of Muhammad Yunus, who received the Nobel Peace Prize in recognition of his largely successful efforts. Since that time the modeling of microlending has received a fair amount of academic attention. One of the issues not yet addressed in full detail, however, is the issue of the size of the group. Some attention has nevertheless been paid using an experimental and game theory approach. We, instead, take a mathematical approach to the issue of an optimal group size, where the goal is to minimize the probability of default of the group. To do this, one has to create a model with interacting forces, and to make precise the hypotheses of the model. We show that the original choice of Muhammad Yunus, of a group size of five people, is, under the right, and, we believe, reasonable hypotheses, either close to optimal, or even at times exactly optimal, i.e., the optimal group size is indeed five people.